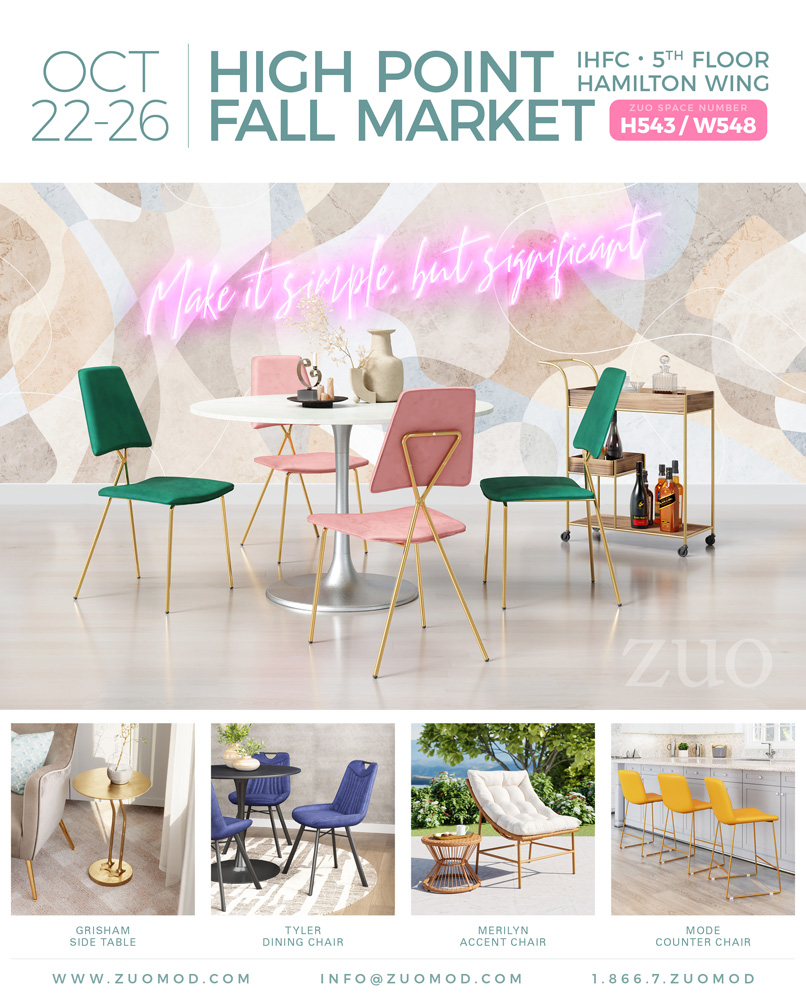 I’ve known Zuo CEO Luis Ruesga for more than a decade, and I’ve always been impressed with his creativity and his willingness to think outside the proverbial box.

So I’m thrilled to report that those talents were recently recognized by Furniture Today – the industry’s most influential trade publication. He was named one of the “20 People to Watch” in its fifth annual People Issue.

An accompanying profile of Ruesga noted his love for the furniture industry, in general, and modern/contemporary design, in particular.

He was also cited for his aggressive posture during the pandemic, when he refused to dial back product development and maintained Zuo’s typical pace of launching about 100 new SKUs at every High Point and Las Vegas market. In order to keep up that pace, Zuo opened an upholstery factory in Mexico and began sourcing additional upholstery pieces from the Dominican Republic – possibly becoming the first U.S.-based furniture company to import upholstery from that country.

Ruesga said he was “honored and humbled” by his inclusion on the list but was quick to credit much of Zuo’s success to the rest of Zuo’s team and his partner, Steve Poon, with whom he founded the company in 2005.

“We wouldn’t be where we are today if Steve and I hadn’t surrounded ourselves with an extremely talented team of people,” he said. “Every one of them is willing to go the extra mile for our company and our dealers. That really stood out during the pandemic, when everyone was faced with unprecedented challenges, but managed to keep the company on track.”

Ruesga said he believes Zuo is well-positioned for post-pandemic growth because the company has gained a foothold in a wide variety of distribution channels – including e-commerce, interior designers, hospitality, commercial and residential.

You can read the full Furniture Today profile of Ruesga here.